Kuje is an area council in the Federal Capital Territory in Nigeria, and houses the Local Government Area headquarters. It is about 40 km southwest of Abuja. Presently, Kuchiyako is the most developed area in Kuje. 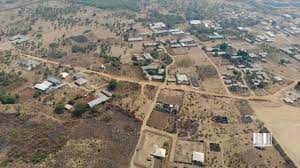 Kuje has a history that dates back to 1760, since its founding centuries ago, Kuje has been nursing the ambition to be attracted to both foreigner and investement opportunist

Kuje is a busy market city with a range of roadside stores selling pharmaceuticals, provisions, building materials, ironmongery, tools, phone cards, music CDs. It is also home to several “independent” petrol stations which are unpopular because of the apparent inaccuracy of the calibration of their pumps. 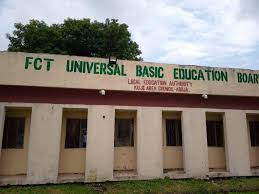 Kuje is seeing a rapid expansion in house building because of its proximity to Abuja and because of the removal of informal settlements along the airport road. There is a network of well tarred roads serving zones of as yet unbuilt housing whilst the existing residential areas are linked by often impassable, potholed dirt roads.

As a part of development and expansion, the Gomo of Kuje, His Royal Highness Alhaji (Dr) Haruna Tanko Jibrin, has commended Techman Union Workers Association on the construction of the Gede-Gomo palace road roundabout Kuje.

The royal father made the commendation during the foundation laying ceremony of the project in Kuje, FCT, Abuja.

The Federal Capital Territory Administration has warned Abuja residents against buying land from the area councils until the ongoing title regularisation process is concluded.

It bemoaned the illegal activities of touts and advised the public to desist from transacting on plots of land allocated by Abaji, Bwari, Kwali, Abuja Municipal, Kuje, and Gwagwalada Area Councils.

The FCT Permanent Secretary and the Chairman of the FCT Land Use and Allocation Committee, Mr. Chinyeaka Ohaa, handed down the warning during a meeting of the committee in Abuja, according to a statement by Sule Haruna, on behalf of the Head of Information and Customer Service, Abuja Geographical Information Systems.

The Permanent Secretary stated that it was necessary to address the knotty cases of illegal land activities being perpetuated at the area councils.

Ohaa remarked that by virtue of Section 297 (2) of the 1999 Constitution and sections 18 and 1 (3) of the FCT Act, the FCT Administration had absolutely vested the entire 8,000 square kilometers of the land in the Federal Capital Territory to the Federal Government and is being managed by the FCT Minister under delegated responsibility.

He added, “The administration has observed that with the recall of Area Councils’ Zonal Land Managers and Zonal Planning Officers to the mainstream, as well as the suspension of land allocation by the six area councils of the territory, the illegal activities still persist.”

The Permanent Secretary recalled that the FCT Administration in 2006 directed the area councils to discontinue allocation of land and requested that they update and forward their records of allocations to AGIS for the commencement of the title regularisation for thorough validation.

He, however, regretted that the administration had spotted some illegal allocation papers being backdated by fraudulent ex-FCT officials and ex-land officers at the area councils, including fake letters of allocations and Certificates of Occupancy in circulation.

Ohaa explained that farmers, village and community heads were also selling land in the area councils, thereby duping unsuspecting members of the public.

He warned the public to be wary of the illegal activities by fraudulent people, reiterating that all the land in the entire Federal Capital Territory is vested in the FCTA and can only be accessed through application to the minister.

The Permanent Secretary announced that the FCT Administration had several thousands of Certificates of Occupancy as well as Rights of Occupancy for federal capital city titles unclaimed in the Department of Lands Administration and called on the beneficiaries to come forward with necessary documents for collection.