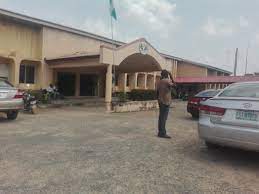 Gwagwalada is an area council in the Federal Capital Territory in Nigeria. Gwagwalada is also the name of the main city in the Local Government Area, which has an area of 1,043 km2 and a population of 157,770 at the 2006 census.

Before the creation of Federal Capital Territory, Gwagwalada was under the Kwali District of the former Abuja emirate now Suleja emirate. Gwagwalada Area Council was created on 15 October 1984. Its official population figure of 158,618 people at the 2006 census. The relocation of the seat of government from Lagos to Abuja in 1992 and the recent demolition of illegal structures within the Federal City Center brought a massive influx of people into the Area Council being one of the fastest growing urban centers in the FCT. The population of the Area Council has grown to over 1,000,000 people. Gwagwalada Area council is one of the six Local Government Area Councils of the Federal Capital Territory of Nigeria, together with Abaji, Kuje, Bwari, and Kwali; the FCT also includes the City of Abuja, AMAC. Gwagwalada has an area of 1069.589 km2.

Real Estate and property in Gwagwalada

The Federal Capital Territory Administration (FCTA) has cautioned all the area councils against giving approval for land in any part of the territory without the approval of the FCT Minister.

Director of Development Control Department, gave the warning in Abuja against the background of a recent demolition in the council area.

He noted that all approvals for land allocations in the territory must be endorsed by the FCT minister.

He frowned that some people usually go behind the scene to use the name of area councils to grant or backdate land approvals to unsuspecting residents.